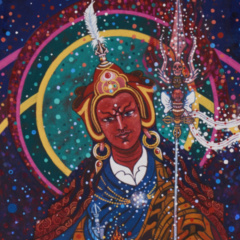 The full sixth set of short talks by Padmavajra on the life and liberation of Padmasambhava is now available on our YouTube channel. 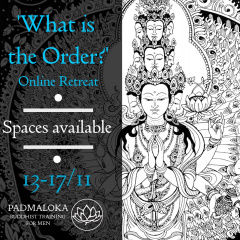 We’re happy to announce that the capacity for the online component of the ‘What is the Order?’ retreat has been increased, so there are now spaces available for booking.

Going for Refuge to the Buddha, Dharma and Sangha needs a specific spiritual community for it to be fully expressed: it needs, in other words, an Order. During this retreat we’ll explore what the Triratna Buddhist Order is, the Order that transcends the distinction between monk and lay and places the spiritual and existential act of Going for Refuge at its very heart. 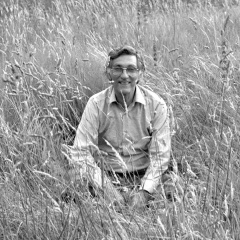 Last Friday on Bhante Sangharakshita’s second death anniversary, Padmavajra gave a very personal talk to the Padmaloka Community and to the Dublin Men's Sangha who requested the talk and joined us via Zoom for the evening.

In the talk, Padmavajra tells us about his connection with Bhante Urgyen Sangharakshita, including his first and last meetings with him, as well as a number of other significant meetings in between. Padmavajra is in no doubt that his meeting with Bhante completely changed his life. 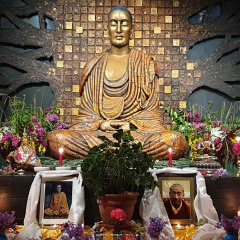 We’re sorry to announce that following the UK prime ministers briefing last night of a nationwide lockdown, we will be suspending our residential events here at Padmaloka.

However, the beauty of hosting hybrid events is their flexibility, so the online aspect of our retreats will continue to run, and people from all over the UK and Europe will virtually gather here at Padmaloka to join the community for study, meditation and puja. 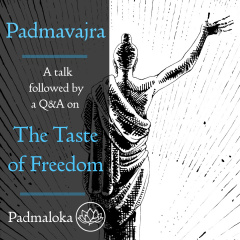 During the Men's Great Gathering at Padmaloka, Padmavajra explored the Buddha's proclamation that just as the great and mighty ocean has the taste of salt, the Buddha's Dhamma has the taste of freedom.
By freedom, the Buddha meant complete liberation from the wheel of life, but he also indicated the importance of social freedom.

In his talk, Padmavajra begins with a quotation from the great Indian Dalit leader, Dr B R Ambedkar on the occasion of the great mass conversion to Buddhism of hundreds and thousands of Dalits. 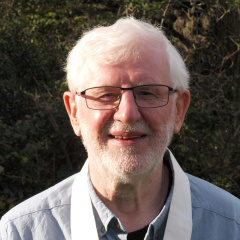 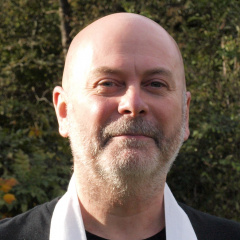 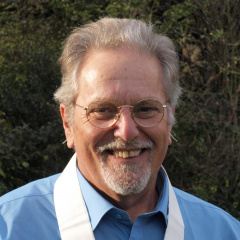 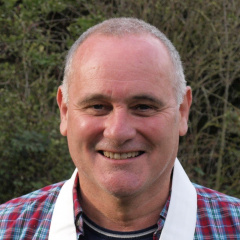 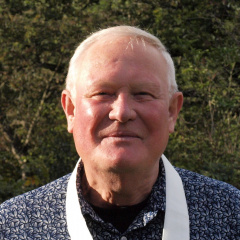 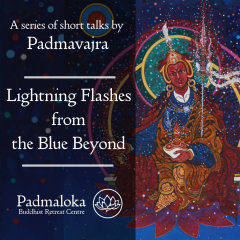 As an offering and a way of celebrating the festival day of Guru Rimpoche on Saturday the 26th of September, we'll launch on our YouTube channel the first video of the new series of short talks by Padmavajra, "Lightning Flashes from the Blue Beyond".

Follow this link to see Padmasagara introduce the series: https://www.youtube.com/watch?v=TqaIqaQeIG4 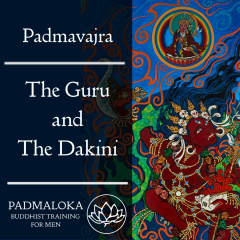 During the Ordination Trainig Weekend, September 2020, Padmavajra gave a talk on the Guru and the Dakini and the significance of the rich imagery in our lives as practitioners of the Dharma.

We're happy to announce that it's now available to watch on Youtube via this link: 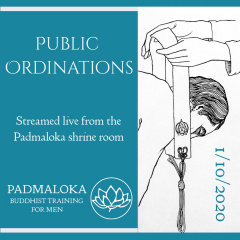 In just over a week Padmaloka will be opening its gates to men coming on retreat here for the first time since March. In the past few weeks, we’ve been finalising our hygiene procedures, dusting off the dorms and hoovering down the carpets - heaving the great Padmaloka bellows and bringing the flames back up to retreat ready temperatures - so to speak.

The first retreat here will be an Ordination retreat, for five men who were due to be Ordained in April: 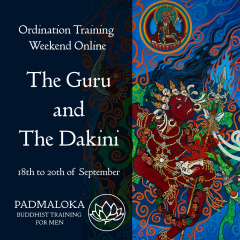 Ordination Training Weekends have been one of the great highlights of the Padmaloka programme since the late nineteen-eighties; the purpose of them being to give men who've asked for Ordination an opportunity to gather together, with the Ordination Team and to explore and take inspiration from the riches of the Buddha, Dharma and Sangha.