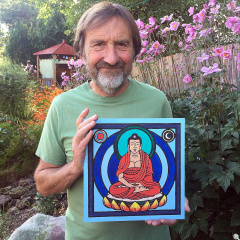 Thank you to Don Allan from the Glasgow Buddhist Centre for his Buddha Tile photo.

If you'd like to be involved with this project, email info@padmaloka.org.uk to be added to the waiting list for when more tiles become available. 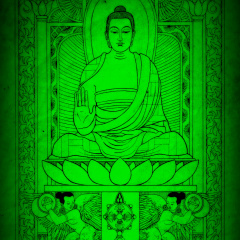 How can we live a satisfying and meaningful life in the face of fear?

Join Prajnahridaya, Satyakirti and a team of young Order members this November for a weekend of meditation, talks, discussion, ritual and friendship.

You can find a video about this retreat here: https://youtu.be/tBlEGo2lXPg 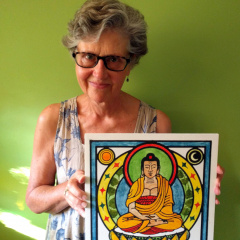 Thank you to Jacqui from the Cambridge Buddhist Centre for her Buddha Tile photo.

If you'd like to be involved in the project. Email info@padmaloka.org.uk to be added to the waiting list for when tiles become available again. 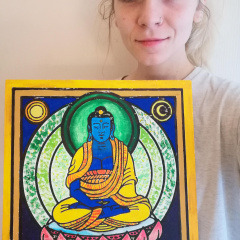 Thanks to Lizzie from the Colchester Buddhist Centre for her Buddha Tile photo.

If you'd like to be added to the waiting list for when tiles become available again, email info@padmaloka.org.uk. 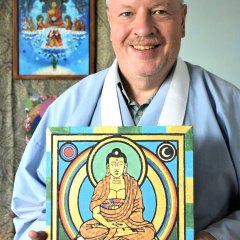 After a pause in posting these photos, I think it's about time to show you all some more.

Here is the newly ordained Dharmachari Devaghosha from the London Buddhist Centre with his Buddha Tile. It's lovely to see him wearing his robe and kesa.

If you'd like to be notified when tiles become available again, email info@padmaloka.org.uk to be added to the waiting list. 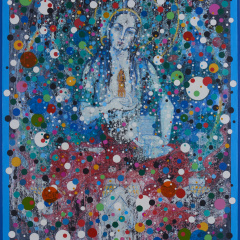 During this weekend, Dh Sarvananda gave a talk entitled 'From Literal to Liberated Mind' in which he spoke about how engaging with the arts can awaken our imagination and open up the rich world of myth and symbol. 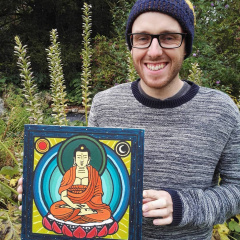 Here is my attempt at painting a Buddha Tile. Like so many others I really enjoyed it as a practice of mindfulness and devotion.

If you'd like to be involved with the project, email info@padmaloka.org.uk to be added to the waiting list to receive a tile when they next become available. 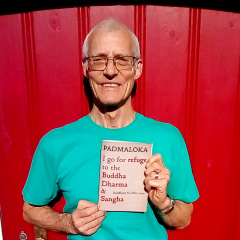 The Padmaloka 2020 programme has now been sent to people's houses.

Once you receive the programme you will be able to immediately book onto the retreats in there via the Padmaloka website.

Here is a photo of Dharmachari Surata from the Ordination Team with the new programme. We hope you enjoy reading the articles in there and are inspired to book onto the retreats.

It will be another year of rich Dharma activity at Padmaloka. 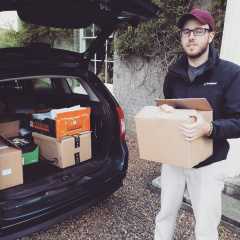 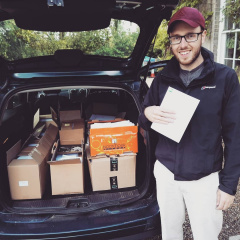 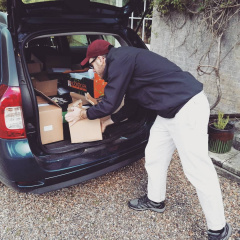 You may have noticed that we haven't posted anything to our social media pages recently. That is because we've been busy getting everything ready so that the 2020 programme can be sent out.

Today we took all of the programmes we'll be sending to individuals to the main Post Office depot in Norwich. This means that they should be arriving at your homes on Wednesday morning.
Once your programme arrives you will be able to book onto any of the retreats via the Padmaloka website.

We hope you enjoy the programme! 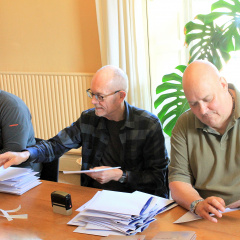 Yesterday during the first work morning of the Transcendental Principle retreat, we started packing the 2020 programmes.

Here is a photo of some of the seven men who were working hard to get the programmes sent out.

The programmes will be arriving at people's houses at the beginning of September. When your programme arrives, the website will be ready for you to book onto your retreats for 2020.